The term “Big Five” originally referred to the difficulty in hunting the lion, leopard, rhino, elephant and African buffalo.  It was considered a feat by trophy hunters to bring them home.

The animals are no longer hunted in Kenya because there are laws in place to protect them, but the term big five has become common with safari goers. It is usually the target of people on safari to see all the big five. You are almost guaranteed to sight all the big five on a Kenyan safari.

Below is a list of the Kenya Big Five Wildlife 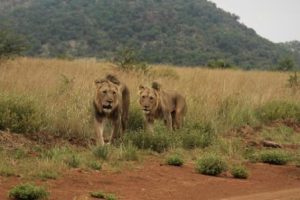 Its Scientific name is Panthera Leo and belongs to the species of the family Felidae which are usually referred to as cats. It is large and powerfully built. The males have a prominent mane and are larger than the female. They are social animals and live in groups called pride. The pride consist of a few male, related females and cubs. Hunting is usually done by the females together. If the prey is large, the males sometimes assist in bringing it down. When it comes to eating the prey, it is males that usually eat first followed by the females and the cubs. It is usually the task of the male to protect the hunting territory from other lions and predators. They normally inhabit grasslands and savannah. It is rare for a lion to attack a human and will keep its distance unless provoked. 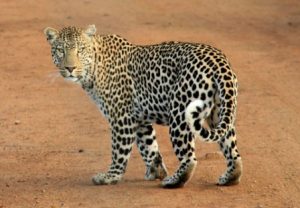 Its Scientific name is Panthera Parda and  belongs to species in the family Felidae also referred to as cats. It is stocky built. No difference between male and female. The fur is golden spotted with rosettes and is graceful but a ferocious hunter and very dangerous when provoked. They are solitary, elusive and avoid human beings. They can live in almost any type of habitat, including rainforests, deserts, woodlands, grassland savannas, forests, mountain habitats, coastal scrubs and shrub lands. Being a solitary animal it only spend time with others when they are mating or raising young. They are also nocturnal and spend their nights hunting instead of sleeping. 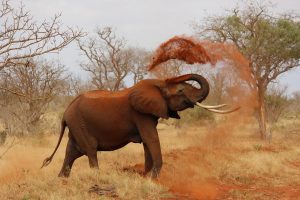 Scientific name is Loxodanta Africana and it belongs to the family Elephantidae. They are the largest land animals on earth, herbivorous and live in groups. An elephant’s trunk is actually a long nose used for smelling, breathing, trumpeting, drinking, and also for grabbing things. Both male and female African elephants have tusks, which are continuously growing teeth. They use these tusks to dig for food and water and strip bark from trees. Males, whose tusks tend to be larger than females’, also use their tusks to fight one another. Elephants live in female-led groups. The matriarch is usually the biggest and oldest. She presides over a multi-generational herd that includes other females, called cows, and their young. Adult males or bulls, tend to roam on their own, sometimes forming smaller all-male groups. In spite of their huge size, elephants can outrun a man. 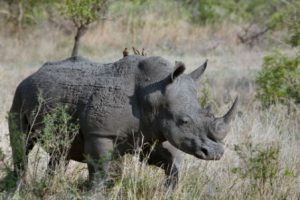 They belong to the family family Rhinocerotidae. There are two species of African rhinos, the white rhino(Ceratotherium simum) and black rhino( Diceros bicornis). The white, or square-lipped, rhino derives its name from the Dutch word “weit,” meaning wide. It is actually gray in colour and has a hump on its neck and a long face. The black rhino is hooked-lipped, and has a thick, hairless gray hide. Both rhinos have two horns. Black rhinoceroses are solitary, elusive and harder to spot. Individuals usually avoid each other, but the white rhinoceros lives in groups of up to 10 animals. Rhinoceroses have poor eyesight but good of senses of hearing and smell. Most prefer to avoid humans, but may charge with little provocation. Black rhino is the most ill tempered. Black rhinos are browsers while white Rhino are grazers. 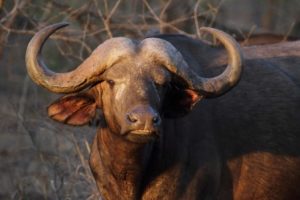 Scientific name is Syncerus caffer. The African  Buffalo also known as cape buffalo live together in herds which can be between 20 to 1000 animals. They are able to live and flourish in many habitats from semi-arid bush land, savannas to lowland rainforests as long as they’re close to a water source. They are widely regarded as among the most dangerous animals on the African continent. The buffalo is not related to the domesticated cattle or the bison as widely believed. Its unpredictable temperament means that the African buffalo has never been domesticated unlike its  Asian counterpart, the water buffalo. The have few predators with the lions and the crocodiles being the only ones that can dare hunt them. A male dominance hierarchy determines which bulls breed. Herds also cooperatively defend members; they put to flight and even kill lions when aroused by distress calls.

TOP HOTEL CHAINS IN KENYA | Kichaka Tours and Travel/Best Kenya and Tanzania safari tours
[…] levels of comfort, service and most importantly offer amazing opportunities to view the local wildlife, culture and landscapes. They include the […]

Paul Kimiri
Awe inspiring, kichaka tours is a true recipe for adventure. You offer an array of impeccable packages showcasing thethe good, the undisputed, the elusive, the snuggly and the truly bizarre in wildlife, you are awesome in acquainting someone with diverse patchwork of habitats where evolutionary forces have churned out a never ending ballet of life and death. I recommend everyone to make nothing but good memories and leave nothing but footprints with the Kichakas
TOP 5 KENYA SAFARI TOURS | KENYA SAFARI HOLIDAYS
[…] (African lion, African elephant, Cape buffalo, African leopard, and white/black rhinos. The term “Big Five” originally referred to the difficulty in hunting the lion, leopard, rhino, elephant and African […] 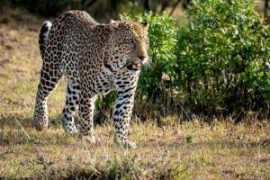 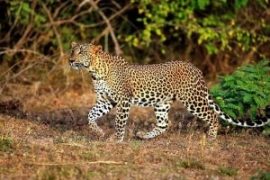 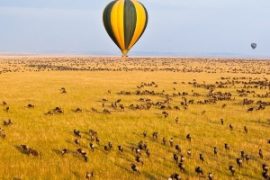 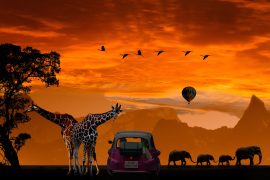