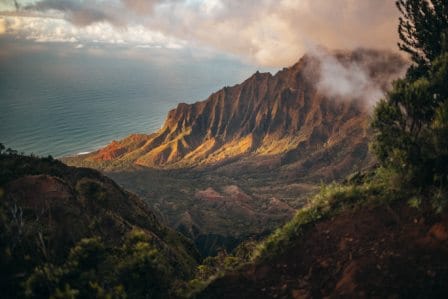 A rift valley is formed when earth tectonic plates move apart. It can be found in both land and on the bottom of the sea. The most well known rift valley is the Great Rift Valley. It runs over 6000km and stretches from the Middle East in the north to Mozambique in the South. The Great Rift Valley is geological active and features volcanos, hot springs, geysers and frequent earth quakes.

Kenya is divided by the Great Rift Valley which runs almost its length from the north where lake Turkana is located to the south and into Tanzania. This Kenyan segment is bordered by escarpments to the east and west. It has volcanoes with some of them still active and a series of lakes.

There are 8 main lakes in the Kenyan section of the Great Rift Valley. Starting from the north, the lakes are lake Turkana, lake Logipi, lake Baringo, lake Bogoria, lake Nakuru, lake Elementaita, Lake Naivasha and lake Magadi. Among this lakes, only two are fresh water lake and they are Lake Baringo and Lake Naivasha. Most of the lakes lack outlets and mostly loose water through evaporation and ground seepage. This has resulted in them becoming alkaline making the waters rich in blue-green algae. The algae is food to insect larvae, small crustaceans and lesser flamingoes. Greater Flamingoes and fish feed on the insect larvae and crustaceans.

In Kenya, the Great Rift Valley can be viewed at the Mai Mahiu view point. The sight is astounding and unbelievable. From the viewpoint, you will able see the steep walls and the land below. Its width varies between 30km to 100km is some sections. There are major towns found in the rift valley and agriculture is practiced in some parts on the soils made fertile by fairly recent volcanic activities. The climate is mild, with temperatures usually around 28 °C (82 °F). Most rain falls during the March–June and October–November periods.